Diversion day. I'd been looking forward to this for some time. The freight-only line between Hallen Marsh Junction and Filton is rare. I'd always wanted a journey down here, so near to home but so impossible to travel! So, what was to most of the travelling public an inconvenience was to me a very welcome diversion indeed.

Set out early - counting on busy trains later, with fellow cranks making up some of the numbers. Got the 0850 to Newport, and spent a very pleasant journey chatting to a gentleman interested in the diversion, on his way to the Gwilli Railway in West Wales. Weather was nowhere near as clement as yesterday, and a sinister mist hung over the grain elevators and petrol tanks of Avonmouth. Interesting to see the countryside between Hallen and Filton from a new angle, passing Filton airfield, and the site of a regrettable railway-sleeper theft incident of some years back!

From Newport to Cheltenham, and an abortive attempt to buy provisions at a convenience store where debit cards were inconveniently unnacceptable today! Cheltenham to Bristol via the small part of line between Stoke Gifford and Filton West Junction was uneventful if rather jammed, and very slow. Apparently, the Voyagers were not permitted to cross on the curves of the line, and we were held awaiting a pilotman for part of the journey.

Another trip out to Parkway in the hope of getting a diverted Great Western via Gloucester, but nothing doing - so back to Temple Meads in a friendly Voyager buffet car, with an interesting talk comparing various stock - including some input from a Midland Mainline steward who is concerned he'll be too tall for the new 'Meridian' units! Time for one last round trip to Newport, just to ensure I got to travel everything in both directions. This is an indication of how sadly obsessive I am becoming. On the final return leg, finally caught sight of Concorde in its resting place, hard by the top of the embankment.

So, long awaited diversions thoroughly bashed. Despite being exhausted, I'm looking at the Great Western diversions tomorrow - which would keep Monday free for the local Birthday/Going Away celebrations.

I am convinced I'm utterly bonkers these days. In particular, my co-workers are wondering what has sparked this sudden need to travel by train. Only a select few of them of course being aware of my hobby going back a good few years! 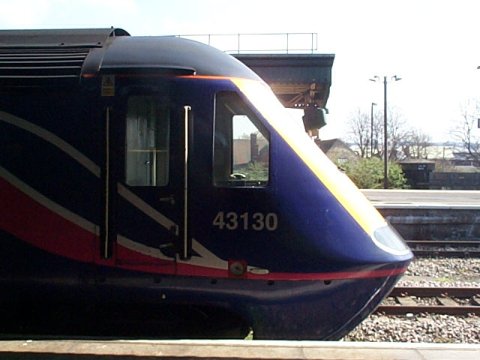 Holidays! A four day weekend means a chance to travel. Planned to bash the Bristol diversions tomorrow, so purchased a 3-in-7 Severn, Avon & Wessex Rover. Plan to get as much out of it as possible.

Set off with no plans whatsoever - since I'd revisited lots of routes on the same ticket earlier in the year, I felt no burning need to be anywhere. Weather was fantastic, a bright and warm spring day. Found myself at Gloucester, waiting for a wander along the Stroud Valley. Almost summer-like on the southern slopes of the Cotswolds.

From Swindon back to Bristol, just in case the Class 31s ran. They were out yesterday as today was a Bank Holiday, but dare not miss out. They didn't run, but my journey back to Bristol was on 43130 Sulis Minerva. I used to chase this one around years back, and I was surprised I hadn't seen it in recent times. I'd even perused lists of withdrawn and stored stock in fear it was for the scrapheap or something! Also very pleased to see that it had retained its nameplates despite being repainted into FirstGroup livery.

A quick blast down to Westbury to see 31128 - newly arrived and out yesterday much to my dismay! Thence Taunton, and a quick out and back trip to Newport to see what was happening at Filton in view of tomorrow's blockade. Work seems to be progressing - platform footings are almost in, trackwork ready for laying, signal posts lying ready for erection. Going to be a busy weekend by the looks of things.

Exhausting day. Met people in the pub later, and yawned my way through a couple of pints. Hungry and tired on getting home.
Movebook Link

At work, its been a tense week in many ways. Preparing for the first bulk appeals of the season is always an uncertain experience, but I feel really strongly that our responses and preparatory casework is solid. Meanwhile, other forces are conspiring to make life less pleasant... Change has picked up apace this week, which has led to lots of work.

Looking forward to the weekend, and the diversions via rare freight-only lines around Hallen and Filton. I think the timetable is becoming clear, but I still need to check my research. Planning on a 3 in 7 rover, giving me plenty of opportunity to get around during the Easter break. A birthday/leaving the country party on Easter Monday too.

Gave in and ordered books today. Added to my burgeoning Thomas Hardy obsession, along with Iain Sinclair's "Lights Our For The Territory". Also took the chance to pick up Mary Lou Lord's new CD on Loose. Weird to think I bought her last proper record in Kitchener, Ontario. Seems like a lifetime ago.

Took the opportunity of an up-to-date GNOME to build Abiword and Gnumeric. These projects amaze me in how they can stay so stable, move so fast, and generally just work. Catching up with both from CVS was as ever, a pleasant surprise.

Reported the customer information system at Highbridge (and presumably other stations) to Wessex Trains. On arriving yesterday it was still set to GMT, but was reporting the correct train times. So when I arrived at around 7pm it announced "The time is 17:58, the next train to depart is the 19:05". Several customers actually believed it, and just left the station! Wessex claim they will fix it. Lets hope so.

I've been running round in circles...
I keep looking for the doorway...
I'm going to need two lives to follow the paths I've been taking.

The Sea is Always Browner...

A strangely lacklustre day in lots of ways. Woke up feeling rather groggy - I can feel the seasonal allergies approaching, and it will take a couple of days for the antihistamines to start working. Bright and sunny out. Had decided on a journey along the coast to tour 'dubiously named seaside resorts' - namely Littlehampton and Bognor Regis. Always strange, having allegedly grown up in one resort, and now living in another crumbling temple of Victorian leisure time, seeing how its done elsewhere is compelling, if a bit depressing.

Chaos at Temple Meads with Portsmouth bound services - the 0822 delayed indefinitely and requiring fitters attention on arrival. 0922 delayed by signalling. Platform changes and much grumbling of passengers later, and we're off - in a rather cramped 158749 from the London end of Platform 1 - which already contained 158748 meaning we only just squeezed on. I suspect 748 may have been the 0822 in fact! Somewhere around here the weather turned wet and somewhat thunderous.

Otherwise, the journey ran rather smoothly. The odd few minutes adrift here and there on the coast, as ever. To Littlehampton first - a rather grim little place with no character, but a rather large station. Didn't hang around much here. Headed straight to Bognor Regis. Slightly better. A massive station - one can imagine huge excusion trains arriving here. The circulating area is vast, and the booking office now houses a small market! The town itself is a little more bustling and pleasant than Littlehampton. Wandered around a bit. Excellent service means four trains an hour out of here, Weston can only dream of such service! 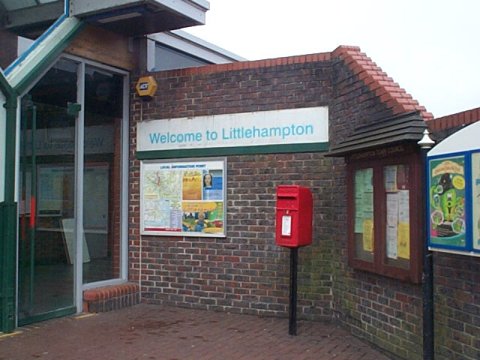 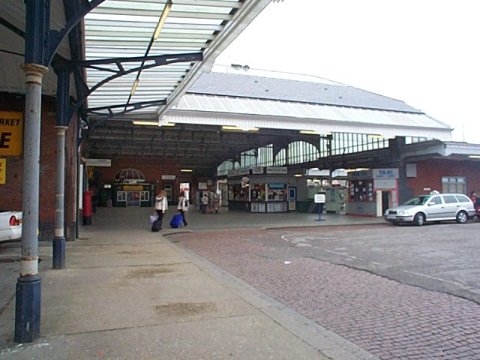 
Very sleepy in a hot 150238 on the return leg to Bristol. Lots of strange swapping and changing of units connected to us at Westbury. End result is a stray 153 between platforms 6 and 8 at Temple Meads, which no-one seems to know what to do with! Read a great deal of John Halperin's "Gissing - A Life in Books". Excellent, detailed but rather depressing stuff. On getting back to Weston, wandered aimlessly for a bit.