Donate to the Disaster Emergency Committee

Friends and regular readers will know my views on how charity organisations work here, but I feel I must post a link to the Disaster Emergency Committee which is accepting online donations in connection with recent events in South East Asia. Several organisations including British Telecom have donated their services freely to provide this service, and donating this way avoids frustratingly busy phone lines and maximises the amount of your donation which reaches the areas in need.

This got me thinking about the role of the internet in such tragic circumstances. Certainly, I've found myself turning to the net for news over the past five years when world events occur - naturally September 11th 2001 springs to mind. This however is a global tragedy of an unprecedented scale - the vast area affected by the tsunami, and the many thousands of tourists from all parts of the world visiting the area guarantees that no nation will be unaffected by the events.

I urge everyone who is part of the uniquely global internet community to participate in the relief effort for this global disaster.

After blowing away Christmas cobwebs last year with a day freezing at Westbury, decided to continue the tradition with a trip to Newport today. News of a visiting steam train, diverted services and a reasonably normal day of freight despite the holidays provoked a flurry of text messages. A respectable crowd assembled in the usual spot on what started as a crisp clear morning.

Quite a bit going on at Godfrey Road throughout the day, and plenty of Class 60 workings provided much work for Mr Spinks new tripod! Two out of three of Wessex new three car units made an appearance, and an ex-First North Western Class 175 made a visit, followed by a quick pass through in both directions apparently for driver training purposes. 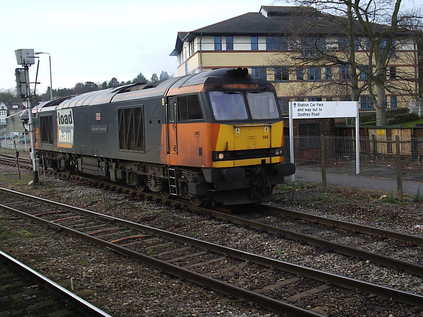 Unusually frequent quiet spells, perhaps due to the reduced holiday service - but plenty of freight still running including coal empties and trains related to the engineering works between Bristol Parkway and Gloucester, including one top-and-tailed by 60's. 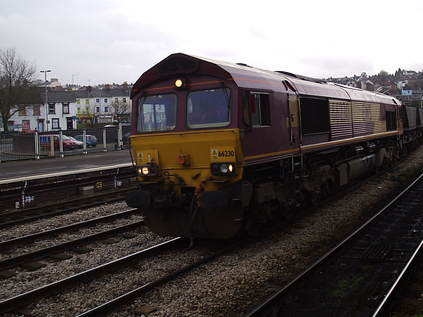 66230 on coal empties through Newport


Much confusion about the steam charter, and quite a few people waiting for it despite the day turning colder and damper. Finally heard it was cancelled around lunchtime. The Freightliner ran as expected, with every wagon loaded. 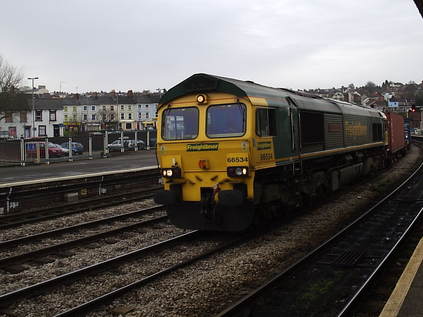 66534 on a heavily loaded Freightliner service from Wentloog
Things seemed to get very quiet later in the afternoon, which along with damp and dark conditions persuaded us to pack up for the day a little earlier than planned. Not before a couple of visits from back-to-back Class 43 power cars. On both occasions it was 43127, with a different partner - presumably running Landore to St. Phillips Marsh and back. 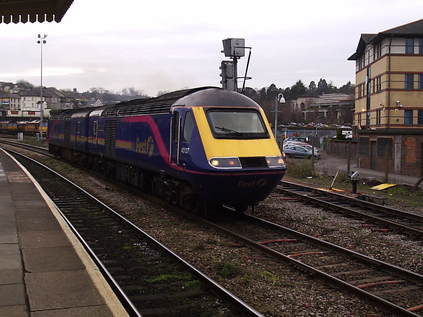 Headed back on a late running and heavily packed diverted Voyager to Bristol. Made plans to reconvene at Exeter St. Davids on Monday for visiting DEMUs. Successful, if chilly last outing of the year!
Movebook Link

Back from a few days at my parent's home, generally just relaxing and watching cricket!

I always end up spending quite a time procrastinating about what to do at Christmas. The last couple of years have seen me dashing around - trying to be in several places at once, so it was nice to arrive on Christmas Eve and settle in for a few days. The highlight of course was getting to spend most of Christmas Day with my nephew. He seemed a bit bewildered about everything happening around him, but he just took it in his stride and happily continued practising his new-found raspberry-blowing skills. His mum and dad had serious problems getting all his presents into the car when it was time to leave, such was the volume of gifts.

So, this time around I got a little more involved in things and tried to help out, being aware that everyone in the family has had a rough year, and I surprised myself by enjoying things. I'm by no means a convert to Christmas, but I've realised how important my family is to me.

Its actually quite strange to be back here with no-one around - in fact, I'm actually a bit lonely, which is not like me at all! 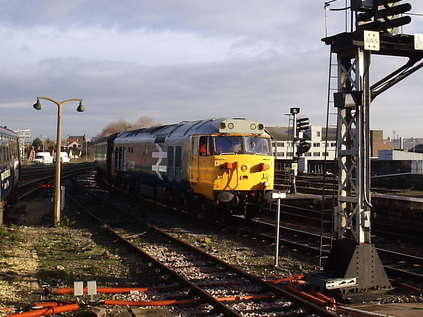 Woke to a damp, cold, December scene. Plan today was to go out for the Class 50 hauled circular dinner excursion from Bristol Temple Meads. After a long, rather trying week when after lots of tribulations, things balanced out on the better side rather than the worse, decided I wanted to get a bit further afield. So, set out on the curiously still timetabled 1Z29 Voyager to Bristol.

On arriving headed straight to the usual spot on platform 7. A quiet morning, with a steady flow of the usual sightings. One notable exception was 158786, now with South West Trains but remaining in Central colours. Slowly, a large bunch of cranks began to develop at the London end of the station for the arriving Class 50s. Remarkably, the sun also managed to come out. 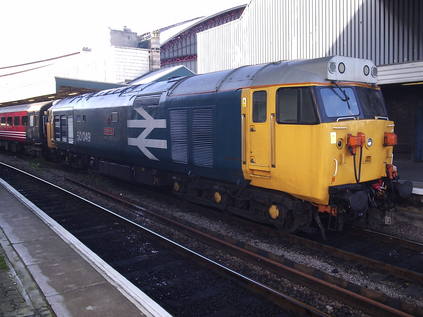 50049 prepares to depart on the circular dinner excursion

After the tour departed, boarded the 1130 Paddington service as far as Didcot. Had thought about a trip to Reading, but spotting lots of 66s in the yard, decided to spend some time here. Quite a bit going on, including a 'Thomas the Tank Engine' weekend at the Railway Centre with a usually more stately 'Earl Bathurst' running back and forth wearing a 'face'! A couple of Freightliners too, one needing to crawl slowly through drifting smoke from 'Thomas'. 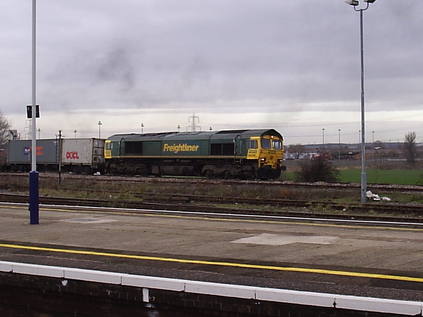 66536 accelerates, having negotiated a cloud of steam! 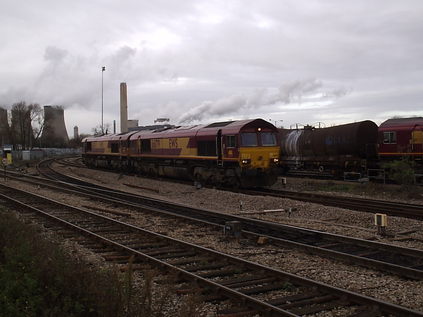 Waited around a little longer, enjoying the busy atmosphere and watching goings on in the yard. Eventually, the 50s arrived heading West at terrific pace on their return journey to Bristol. Quite a few photographers out for this one too.

Settled in for a good talk with others who'd turned out for the event. Amazed at the excellent performance of a rather cheap new vacuum flask purchased yesterday too - keeping me supplied with much needed hot tea throughout the day!

Headed back towards home on the 1512, feeling very sleepy after a long week and an interesting day at Didcot.
Movebook Link