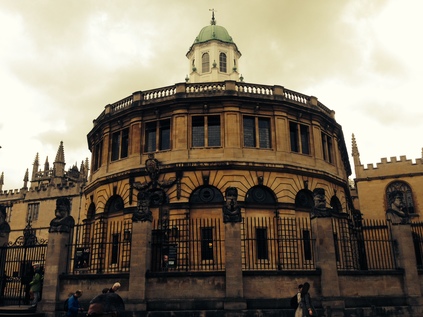 There's no doubt that the last few weeks have been some of the most difficult and strange of my life, but also that strangely I've never felt more grateful for the people around me. It struck me too that, had things taken such a strange turn before I settled into this new way of life, I'd have been facing a time of change and sadness alone. It's almost certain that I'd have reacted by travelling - using movement as a refuge. Today, we decided to do just that.

We set our early in surprisingly bright sunshine. There was an uninspiring forecast, but for now at least the day appeared clear and bright - one of those days when clouds can suddenly obscure the sun turning the air cool for a moment. Last minute travel arrangements meant a seat in what was going to be a busy standard class coach, and when we boarded it became clear that First Great Western had decided not to include any seat reservations. Chaos followed, but somehow we managed to avoid any problems. Settled into our seats we watched Wiltshire and Oxfordshire slip by, soon arriving into Didcot Parkway. Didcot fares poorly in the national psyche somehow. It's station seems to be a byword for "neglected and beleagured" in comedic patter - and it's easy to see why. The cooling towers of the power station loom overhead, and the former yard - now a Great Western Society preservation site - stretches away from the platforms. Locomotives sit idling between trips. A lone trainspotter waits on the platforms, all his colleagues having probably gone to see the Western passing at Foxhall Junction instead. I've spent time here, enjoying a quiet morning with breakfast and trains, before heading into London - a split ticket here used to be the best value. Today though, it's quiet and we're heading around the curve into Oxford soon.

Given the dubious weather our strategy is to get the measure of the place first via the City Tour Bus. Boarding at the station, the first part of the journey is curiously bleak - edging past the stark, funereal Thatcher wing of the Said Business School and into the southern fringe of the city. This area was comprehensively redeveloped in the 1960s, when heritage wasn't a byword. Thus it's a mess of carparks, poorly built offices and shopping complexes. Passing the stumpy hillock which was Oxford Castle, the commentary on the bus urges us to picture scenes from medieval times - something we don't manage to conjure until the bus has turned north again and into the City Centre. At Carfax Tower we turn east and speed out to Magdalen College before skirting the centre again and heading north to St.Hugh's Collge and then south again among the university-owned villas and private houses to the city. With the weather determinedly grey but not yet wet, we hop out and start to explore on foot.

Our walk takes us first to Turl Street to find coffee, and then via the Bodleian Library and the vast Blackwell's book store. The rather unassuming, if attractive frontage fails to betray just how huge and meandering this shop is - and this isn't entirely obvious until The Norrington Room opens before us. As we head out, its clear that there is an event underway at the Sheldonian Theatre, as smartly attired parents shuffle into the building. We skirt the theatre, heading for the Radcliffe Camera and the courtyard of the Bodleian - both of which are captivating and rather other-wordly. Through the gates we glimpse the end of a graduation ceremony, with robed students milling and a rather larger than expected contingent of photographers pressed against the railing. Edging around Radcliffe Square we come upon All Souls' with Hawksmoor's handiwork more than evident. A glimpse through the gates shows the Wren sundial on the Codrington Library. As we push our cameras against the gate we're disturbed by a hubbub in the street. A photographer, trotting backwards and toting his huge lens, breathlessly says "turn around now and you'll get the shot of your life".

The next few moments are a blur. I spin and see graduates walking slowly from the Sheldonian, a line of photographers ahead of them snapping vigorously. A line of people pass flanking a graduate in her robes who flicks a glance back over her shoulder. It's newly graduated Dr. Chelsea Clinton. Suddenly the scene fits - the guys walking beside the party with earpieces are Secret Service. The tall, slim, tanned looking gent beside Chelsea is President Clinton, and on her other arm the shorter blue suited woman in a hat is Secretary of State Clinton. For both of us, it's our first near encounter with a living US President, and it's a strange mixture of excitement, confusion and disappointment that we weren't smart enough to see what was happening sooner and point our cameras. 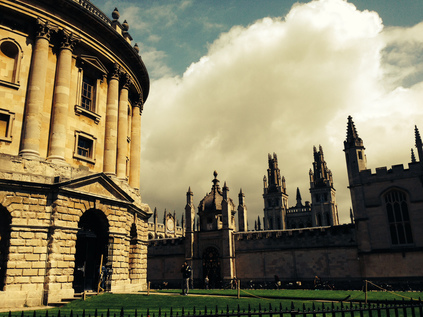 The Radcliffe Camera and All Souls College

Eventually we follow the Clinton party out of the square, and find ourselves close to The Grand Cafe. My research before our trip had marked this out as a spot to visit, and sure enough it was an impressive interior with wonderful inter-war decoration. The service was a little haphazard, and the food pretty ordinary, but it felt like a fine place to reflect on the day so far. From her our walk took us into the quieter backstreets around Merton College and the wonderfully named Logic Lane before heading back to the station via a quick pint. With the sun now a little brighter and the day a touch warmer, we hopped on the tour bus to get us back to the station and thence homeward. It had been good to get out, and even better to explore a city which I'd hardly done justice to in the past. I can only hope the Clinton's had just as fine a time in Oxford today!