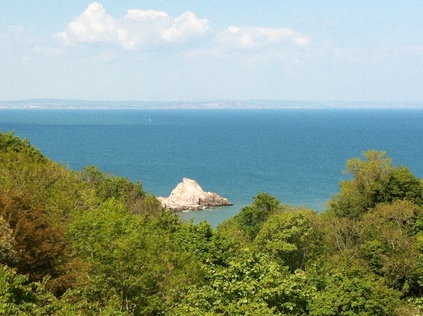 I've never used this blog as much of a spot to impart personal news. Which is odd really, as the various dull records of my walks and trips hint continually at the personal, at what is happening in the foreground of my life. But somehow, making this the background and placing the commonplace centre-stage has been curiously rewarding, almost therapeutic perhaps? As I've trawled around the UK - and more recently the US - taking imprints and recording little snippets of found existence, I've been almost pushing my own realities back out of picture. Years ago, the Daylog recorded the dull, everyday things because it was a new way to do just that. I was blogging before the verb was coined in some senses. Then, it became a frenzied travel journal - the railway map providing structure in a world that often had none. The real life of financial troubles, romantic disappointments, work struggles replaced with a neat but sometimes illogical web of lines and stations. This all culminated last summer in a series of almost demented dashes around London - I often picked the hottest, driest days in the midst of Olympic or Jubilee fervour to make these insane pilgrimages. Something had to change...

And it did... The astute will have noted that 'unmarriageable' disappeared from my profiles and About pages. I got married to the most amazing person. Just like always, it wasn't simple - and in some senses it appears to have been against all the odds. But, if this site has seen sparse updates of late that's exactly why. Life is busy with complication, and time is preciously spent elsewhere. But there is a sense of place evident in the very arrangements for this seemingly - to some - unlikely wedding. On a sunny Friday in glowing sandstone buildings in the Old City of Bristol, then a scud across green valleys to Wraxall, with wonderous views across the wide flat plains of North Somerset. Then south again, by rail naturally, in wonderful summery weather to Devon. We paused at a familiar pub in Newton Abbot and read an old Bradshaw's guide which alerted us to the dubious "Daddy Hole Plain" and after fine beer, pressed on to Torquay. Passed endlessly on trips to Paignton at the end of the line, but never quite visited. The riviera tag proven - palm trees and acres of stucco shining in the sun. The taxi climbed to Wellswood village and our hotel - The Gleneagles!

Lyme Bay from the Gleneagles

This period piece from the 1960s could be a distant cousin of the Edgewater - and though the rooms are a little tiny and dated, the sea-facing balconies provide wonderful views across Lyme Bay. It had one other draw - it was the inspiration for John Cleese and Connie Booth to write Fawlty Towers. The character of Donald Sinclair, the former military man who ran the place back then, is contested - but nonetheless it led to a comedy which had played a weirdly big part in the proceedings which led to the wedding. We had a superb meal and relaxed watching the sun setting over Anstey's Cove, the little private beach path leading down to the shimmering water. We took to water ourselves the next day with a boat ride to Brixham, still active as a fishing port, but tiny and rather surprisingly preserved. A statue marked the spot where William of Orange set foot in the UK to set aright the monarchy and destroy Anglo-Irish relations for centuries to come. The day got hotter, so we retired to Paington for beer and sunshine before heading back to Torquay. 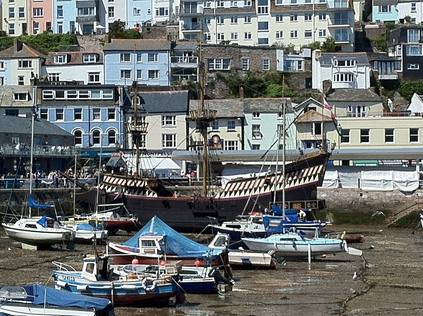 It seems unlikely - almost undeserved in some uncertain moments - that life has changed quite like it has. But, pinching myself awake in the morning proves that it has indeed. Times are challenging - there is much to do, and resources are tight. But not facing things alone feels so very, very different. This blog will change along with life here. But I'll never ever lose the urge to travel. After all, look where it got me...