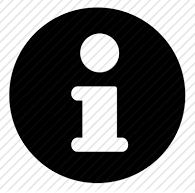 The short version - all you need to know in a paragraph:

MikeGTN is no-longer-quite-thirty-something or unmarriageable, and is no longer a Local Government Officer - but still very much balding, over-fed and under-educated. Obsessions include books, music, free software, railways, history and hypochondria. I'm a mess of contradictions - high Tory Victorian municipal values meeting half-hearted Libertarianism somewhere in the middle. I'm a faithful and helpful friend, but bear grudges mercilessly. I'm happiest wandering around London with a bag full of books, or with a Rail Rover and a day of track bashing ahead of me. I like Glasgow, autumn, unexpected string quartets and sans-serif typefaces. I dislike misused punctuation, cycling on the pavement and flags defaced by writing. I appreciate good beer, hold objectionably strong views on irrational subjects, and have an absurd sense of humour.

Longer bits for the terminally curious:

This is roughly speaking the third attempt I've made at a personal website since the heady days of 1996. Having finally written - and subsequently re-written - a Content Management System which I understand, I now try my best to update things on a fairly regular basis.

The Daylog was something which I began to keep a disparate bunch of friends around the world updated on movements - and probably comes across as rather self-obsessed drivel. Believe me, the stuff I write nowadays is not nearly as bad as it was back in 1999 when I started out trying to record my movements for posterity, and certainly not for anyone to read it seems. Nowadays, blogging is ubiquitous and my efforts are probably quite tame in comparison to many. However, the site has come in for its fair share of frankly unwarranted and rather impolite criticism over the years which always surprises me. I try to keep things of general interest, and don't ever expect people to read them - but I'm generally happy to hear from people who have.

Nowadays, I work for a professional services consultancy, using my broad experience across Local Authority Education and Social Care over a career spanning two decades. Latterly, this was in the much-maligned and misunderstood fields of Commissioning and Service Transformation - but I've had lots of practical experience in School Admissions, Transport, Performance Management, Change Programmes and Policy Development. If you're really interested, you'll find me on LinkedIn. Whilst I broadly enjoyed my work in Local Government and the challenges it posed, I suffered the same frustrations which all Local Government Employees have in common - too much work, too little time, limited resources and fairly unstable political leadership. After an escape to the private sector, which felt like a huge and terrifying leap at first, I feel like I've finally found my direction - though it took me a while! The astute will easily figure out where my political sympathies lie, but I hope will take the time to understand that I'm not the sort of person who sticks to a party line. So think socially liberal bordering libertarian, fiscally conservative and personally not very interested in how you live your life. That's absolutely your business!

I spent much of the decade from 2002 to 2012 travelling Britain's rail network - a hobby from the past which re-emerged and opened all sorts of opportunities. I suppose in common parlance I'm a trainspotter - but to be honest, its more often the track or the route which interest me most. I've heard just about every jibe possible about this choice of pastime, so only innovative and unusually cruel insults will register! I can still occasionally be found on an excursion to unusual parts of the network.

With the lack of any serious education to speak of, I've had to attempt to educate myself. This means I get to read all the books I want, in the order I see fit. A bit erratic and lacking in quality control at times, but I'm getting there. My primary interests are in history, geography, architecture and politics - and especially writing about place and communities. I have a special interest in a couple of figures from London's literary history too: including the life and work of George Gissing (1857-1903) and William Kent (1884-1963). I have a vague notion to write about Kent, but I am far from productive in my research these days. My interest in film follows a similar arc - including Patrick Keiller, John Rogers and Andrew Kötting.

My interest in the history, topography and literary representation of London - and in particular the City and the East End - has led me to various societies and conferences over the years. I'm a member of The London Topographical Society and formerly of The London and Middlesex Archaeological Society. I haphazardly collect older topographical guidebooks and histories of London, and I particularly enjoy those published between the First and Second World War, which reflect a City now almost entirely disappeared.

Music continues to play a huge part in my life, and I decided to blog about a particular aspect of it at Songs Heard On Fast Trains. This focused on my interest in emerging Scottish music - something I continue to foster, but rarely write about these days as I don't get north of the border as often as I once did. Back in the early 1990s I ran a small cassette based label called Traumatone. This was before the internet made this all much easier, and involved tremendous amounts of letter-writing, airmail packages and fun. It led me to meet people, discover music and books and to travel far more widely than I'd ever imagine possible. That said, I'm not even going to venture a description of my musical tastes here!

Since 1999 I've been heavily involved in running, developing for and using Linux day-to-day on servers at home, and have used my very limited skills to contribute where I can to Free Software. I've particularly been interested in the efforts of The GNOME project to create a free, easy to use desktop. I served as part of the GNOME Foundation Membership Committee for over a year, and I've contributed several small utilities to the desktop.

I suppose I could go on in traditional personal website style to list whole pages of music and books which I enjoy, but I'm not sure how helpful or interesting that would be. Things which I find diverting or life-affirming make it onto the site. If you've accidentally arrived at this site, I hope you found something to interest you. If not, I won't be either surprised or offended.