Arrived on the 06:48 from Weston to find a whole bunch of the Somerset contingent already aboard and clearly more awake and alert than I was. Obtained much needed coffee and settled in for an uneventful but very entertaining journey up to Crewe, with one member of our group asking 'are we on the Lickey yet?' from Gloucester onwards! Train became wedged at Birmingham, as the guard suddenly realised there was something going on at Crewe. Even the surrounding normals were reasonably amused by the crank antics onboard - I think today did a lot for rail enthusiasts public relations in fact.

Arrived under grey skies at Crewe to find the station teeming with enthusiasts. The arrival of a series of specials, along with a predicted 30,000 traveling to the open day meant bumping into familiar faces all over the place. Took a while to get to the bus queue with all this happening around us. Finally aboard an Arriva double decker and off to the works. Whilst Crewe changes little, lots of new development on railway lands around the works site since my last visit in 1996. Since a couple of us had advance purchased tickets, fast tracked in and explored a line of AC electric locos whilst waiting for the others. 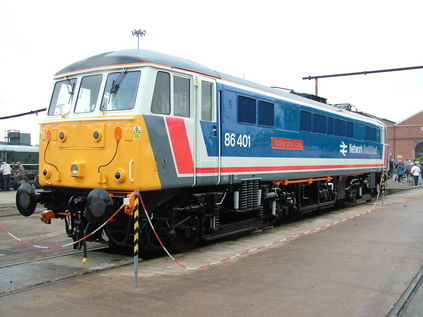 Despite the much discussed non-arrival of locomotives from EWS, GBRf and DRS there was a great deal to see. Disappointed that some of the exhibits were indoors and behind the sales stands, including 47402 'Gateshead' which I'd been looking forward to seeing at close quarters. The outdoor exhibits were spaced well, and generally in photographable positions despite large crowds on site. A series of loco movements around the site, using the traverser added some interest. A pleasant surprise to exit one of the sheds to find pet duff 47826. 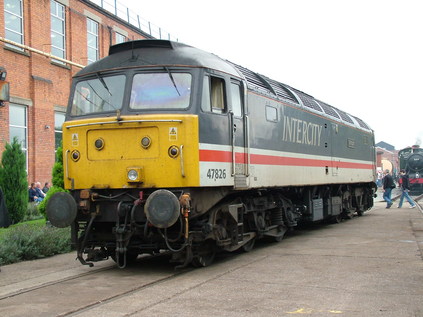 Lots of chances to spend money too, with endless stall selling memorabilia, models and books. Spent some time browsing, and then went for a lunch of Welsh Lamb burgers which were actually very good despite the reservations of some of our party. Headed over to the large variety of preserved steam locomotives, and on the way discovered another Somerset regular at the works for attention since it's mishap at Nailsea last October - still rather forlornly displaying it's destination! 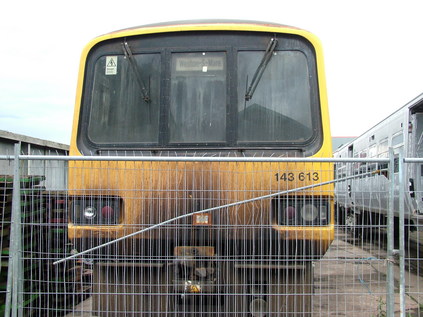 Said goodbye to some of our party who were heading back early, and made our way back to the station to see the returning special workings. Spent several hours chatting and enjoying the sociable atmosphere. Tours hauled by steam locomotives, a pair of 33s, 67s and lots of Virgin Thunderbird activity going on. Highlight of the evening workings must be 37425 on an additional working to Cardiff sporting a headboard and in immaculate large-logo livery. 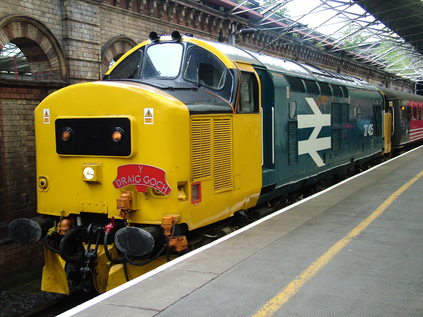 Eventually left to find food, and opted for an excellent indian then a couple of pints. On the way back to the hotel, noted several freight workings disappearing into 'the muck hole'. Despite some disappointing absences from the day, we had a great time and enjoyed bumping into old friends once again - in that sense the 'Great Gathering' tag applied perfectly.

Some unsorted photographs - including Lee's head sticking out of 33108's cab - are available here. I will at some point do some labelling and quality control on these!