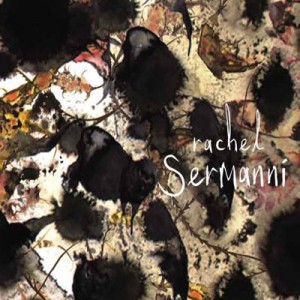 When you hear stories about artists creating a buzz before having released a note of music to the public, it's often a signal that the hype will exceed what is delivered. Marketing in these social media savvy times is cheap, and far less tiresome and complicated than recording or releasing music in many cases. So, the really efficient publicist will have people talking about an artist without really knowing quite what it's all about. But Rachel Sermanni's name was being mentioned constantly for well over a year without any of this industry machinery clanking into action at all, and it was being uttered in those hushed tones people use when they think they've stumbled across something really special. People spoke of 'that voice' and 'those songs' before trailing off in disbelief. And often these were people who already made or wrote about music - the very people who are usually most cynical about such things. Now, finally the evidence is captured for a wider audience. It's not easy to determine if this is really Rachel's debut EP, or if that role falls to last years "Bothy Sessions". That was a strangely atmospheric, rough-hewn collection of songs which reflected a very specific recording process in a particular place and a time - and in that sense was almost a live recording. This is a very different prospect indeed. It's polished, but not overly so - and it uses a far wider range of instruments and textures to capture both the spirit and the mood of these songs perfectly.

There are songs here which have circulated in demo versions or cropped up in Sermanni's live set for some time, finally committed to record and all the better for their sometimes lengthy journeys in time and place. Over time they seem to have become richer and more careworn, and the palette which Rachel uses to paint these complex, intriguing pictures has darkened surprisingly. Veteran of many a performance, "Song to a Fox" begins with strange, quivering metallic guitars and a dramatic, pensive atmosphere before Rachel's voice swells into the stride of the song. The urban fairytale develops further with a keening violin and a strange throb of drums entering the increasingly complex but still compelling fray. Pitched somewhere between a sweeping spaghetti western soundtrack and a traditional folk melody, it's near impossible to pin down this song, which perfectly reflects the ways of the creature which shares it's name. Having heard this stripped back to just voice and guitar, it's almost a shock to hear this treatment - however, what is preserved despite the ornamentation is the sense of space and freedom which this remarkable voice always seems to conjure. Next, "Black Current" continues by exploring two of Rachel's oft revisited themes - darkness and dreams. It starts with an uncomplicated, unassuming shuffle which is immediately transformed as Sermanni's voice spirals high into the air, intoning transformational dreamscapes. The music here tells it's own story, skipping from stuttering passages of tension to swooping bass-led descents. Picking up the curious, unsettling staccato, the final transformations begin with "I feel my limbs shrink/into my fins", and suddenly the song has mutated into a strange, dizzy waltz.

The eerie drama persists as "The Fog" opens with urgently picked guitars and a shiver of horror movie violins. The atmosphere here is dusty, bone dry and darker still than the first two tracks. However, despite being perhaps the most musically complex piece on the record, this is by far a stand out vocal performance. Rachel's voice leaps from a beguiling, whispered come-on to a gutsy, bluesy rasp and then proceeds to switch effortlessly between the two as the song veers crazily between light and dark, quiet and dramatically shrill. This is wonderfully atmospheric gothic storytelling, steeped in the dust of years but indeterminate in it's place in history. The instruments skitter and twist, before reuniting for a final chorus of "Mercy, Mercy/I've been caught/lying with my darkest thought". Here it's evident that Rachel's ability to sing is matched by a dramatic skill, the vocal as much acted as sung. Solid thuds of stand-up bass bring in the gloriously redemptive, and by now much needed "Breathe Easy". The atmosphere shifts entirely, building around a simpler melody which matches heart-stopping orchestral swells with vocal pirouettes. This atmosphere supports a far less enigmatic lyric which instead explores strength and resilience around a central refrain of "we'll swim/knowing rain can't touch us". With less instrumental backing than on the previous three songs, the voice is more than ever the centrepiece, and the record ends on a genuinely beautiful high.

I realise I've waxed somewhat lyrically about this EP perhaps, but that's the kind of mood this music inspires. Its thought-provoking, indulgently dark moods invite you in, but don't always reveal the secrets behind the songs. The dramatic span of this music far defies being labelled - as it almost certainly will be - traditional folk music. It's connection to all the best aspects of pop music is clear in the ability Rachel Sermanni has to captivate and hold a listener rapt for the next twist, and the often cleverly underplayed instrumentation provides just the right touches to urge the black-edged stories on apace. This is a remarkable document of the first steps of an utterly remarkable talent.

You can purchase "Black Currents" on CD from Townsend Records or digitally via iTunes or Amazon MP3.