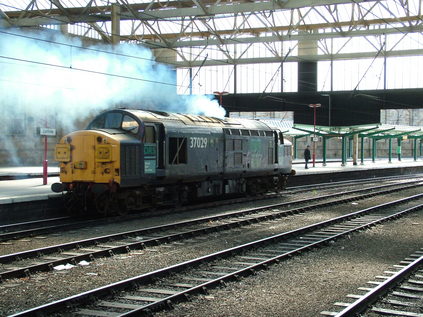 Back from a week away in the north. Accompanied some friends on what was originally to be a holiday based in a cottage fronting the West Coast Mainline. When this proved uninhabitable, moved on to Penrith as a base. A very pleasant small town indeed.

Took the advantage of being in Cumbria to purchase and make extensive use of a Freedom of the Northwest Rover. Started out on Monday with a trip down to Chester for lunch, out via Crewe and back via Warrington. Returned for classy dinner at the George in Penrith. Another long rail trip on Tuesday, starting with an hour or so at Carlisle which produced 37029 with a noisy light engine trip through the station, followed by the Malcolm train. The diesel fumes from 37029 had yet to dissipate when we boarded our train for Skipton via the Settle & Carlisle. Lunch and exploring at Skipton - including a boat trip on the Springs Canal, then home to Penrith via Lancaster. 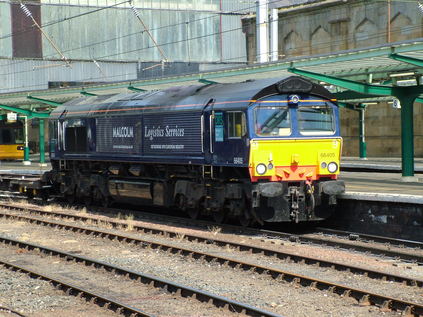 A shorter journey on Wednesday, to Windermere. A very pleasant, if breezy, trip on the MV Teal from Bowness to Lakeside. Object was to visit the Lakeside and Haverthwaite Railway. Didn't know much about the short line, but I was pleasantly surprised to find 26001 and 20214 in the shed at Haverthwaite. Crossed the treacherous dual carriageway to the Anglers Arms for excellent food and beer, then a slightly wetter trip back to Bowness. 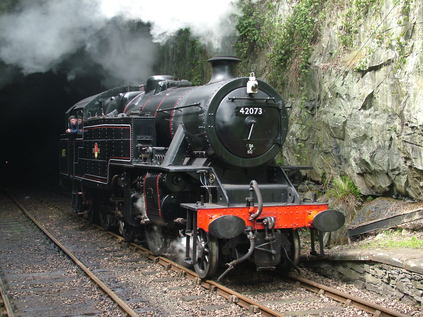 Back at Penrith, we explored more local pubs including the quiet, friendly Lowther Arms and the busier Board and Elbow. Half-heartedly entered the pub quiz at the latter, and ended up thrashing the locals and doubling the score of the second place team! Slunk away with a pocket full of cash, bottle of wine and a free pint!

Thursday saw us travel north to Scotland, a first for some of our party. Very pleasant weather for the run into Glasgow Central. Seized by all the usual pangs of regret that I was only in one of my favourite haunts for a matter of a few hours. Spent some time at both Central and Queen Street and wandered around the city a little, playing tour guide to some extent. Eventually decided to take an official bus tour, which turned out to be rather good fun.

On Friday, we decided to visit the East Lancashire Railway - something planned for Sunday but abandoned due to seeking new accommodation. Rather quiet since it was a weekday, but interesting to chat to the staff and good to see 40135 even if it was masquerading as departmental 97406. 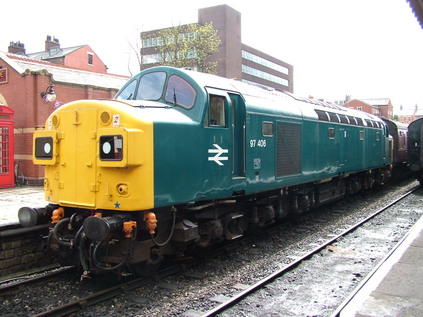 Farce at Preston on the return journey, as the wires were down south of Lancaster. Nothing moving northwards for some time. Eventually, after many false starts and wrong announcements Thunderbird 57305 arrived and backed on to the front of the 1723 Pendolino for Glasgow which had been sitting at platform 4 for over an hour. Once Virgin staff finally agreed on the revised stopping pattern for the service, set off under 57 power as far as Lancaster where the loco was detached, and then back to Penrith.

A long winding drive back today, through the Welsh Marches, with sudden storms of heavy rain in the Wye Valley.