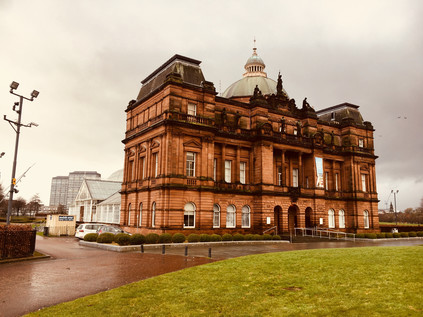 The last few weeks of the year felt like a bit of an epic slog, and only the prospect of the long break we'd planned over the festive season kept things on an even keel. In recent times, we've fallen into a very pleasant pattern at this time of year - a quiet Christmas, a small gathering at home for New Year, then away on a road trip on the first day of the new year - a week when everyone else is unwillingly slogging back to work. It has worked remarkably well - hotels offer up rooms at ridiculously low rates in the post-festive slump, and if you don't mind short days and sometimes unpredictable weather, then it's a good time to be away - a brave attempt to stave off reality for another week perhaps?

Our trips also have a familiar pattern - up the west coast, the long straight arm of the M6 stretching into northern regions which still feel oddly exciting and wild to me, just like my earliest rail journeys along the remote and sometimes otherworldy main line. We pause on the journey north for a night - often somewhere in Lancashire - to maximise daylight driving, and to rest on what sometimes feels like an epic northern journey. This time our staging post was Liverpool - a city we've visited before, but this time we headed north out of the city in a sudden downpour, towards Stanley Dock. The grid of streets here hasn't seen much redevelopment - the sounds of the much diminished but still busy docks at Bootle shudder through the high walls which surround former smaller basins along the Mersey shore. The landscape is predominantly decaying industry with the occasional tile warehouse or shabby dockers' pub crumbling into the stones. Amidst all this is the Titanic Hotel - a vast, converted warehouse which squats on the northern edge of Stanley Dock. Inside the warm and spacious building a beautiful refurbishment built around the maritime history of the City had transformed the huge space into a comfortable and welcoming hotel. We were almost sorry to just be spending one night in the huge room with a view north across the docks to the mouth of the Mersey. 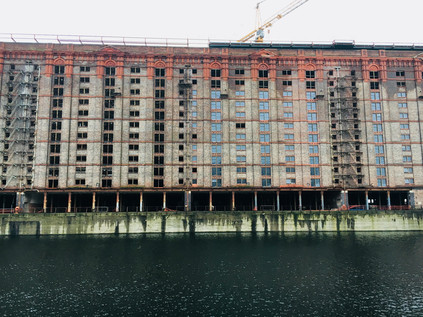 We set off in the morning and headed back onto the M6 for the journey north to Glasgow, breaking our trip at Abington where the flock of crows which has stalked the service area on two prior visits wasn't to be seen. We were staying for two nights - testament to the success of my gradual reintroduction to Glasgow following a despair-filled visit two years ago. Cruising into the city on the elevated carriageway of the M74 as it curved towards the Clyde, it was impossible not to feel lifted by a return to this place which has long served as a second, northern home to me. The glass towers sparkled in the damp afternoon and the trains shuttled along the bridge high above the river. It was good to be back, and after some confusing changes of room - handled impeccably by the hotel - we found ourselves in a wonderful spot overlooking the roof of Central Station, which reminded me of a visit long ago when the hotel was still a creaking, tired and menacing place with its long corridors stretching endlessly along the wings of the station. A return to Glasgow meant a chance to become tourists again, and we visited the People's Palace - a grave omission from my previous trips when I'd only stepped into the building to use the public facilities. The museum remains in the ownership of the city - an honest and frank appraisal of the rapid rise of the city and the problems that brought, and a celebration of the language, culture and political activism which are never far from any discussion of Glasgow. Afterwards we stepped into an old haunt, The 13th Note - but our quiet drink was disrupted by an ultimately harmless but persistent local who had turned up and seemed to be working the bar for a chat. His prodigious drunkeness though, lost it's charm and shortly after he was moved on - so did we. It was tough to leave the place again, especially in such strange circumstances.

Still repeating our itinerary from previous trips, we next headed through to Edinburgh using the finally completed M8 to swiftly cross from city to city. We'd changed our routine a little for this visit by staying in the New Town opposite North Bridge, with views over Waverley Station and the Castle to the south. It seemed a little strange to abandon the Grassmarket and not to experience the bracing climb up to the Royal Mile each morning, but the new location was a surprising win - affordable and decent accommodation which looked directly into the unattainable windows of The Balmoral across the street! A persistent rain set in a little after we arrived and stuck around for much of our stay - but it was still good to be back in Edinburgh. We headed out to our favourite restaurants and wandered Princes Street, along with a trip to the Scottish National Portrait Gallery housed in a remarkable building and home to a surprisingly varied collection. Edinburgh once again proved to be a relaxing and interesting spot, my old prejudices challenged once again by the city as it sparkled in a light dusting of snow spied from our window over Princes Street. It wasn't easy to leave at all. 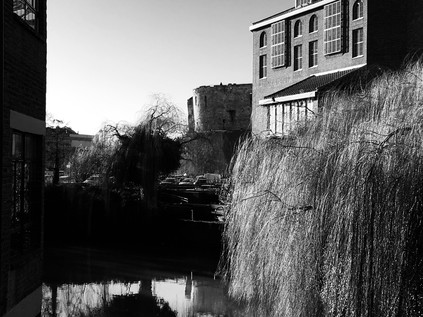 Our final destination, after a long haul down the coast on the A1, was York - and again while a favourite location, a new prospect for our accomodation. However, it was to prove an odd and frustrating place. It's fair to say that Hotel Indigo's rooms were beautiful, but getting into the room was a painful process. A parking set-up that defied logic and seemed to require quantum physics to obtain a spot, followed by a check-in process operated by a corporate robot which had less charm and more inflexibility than an automatic check-in terminal was our introduction. The restaurant was even more of a challenge - the concept of Yorkshire Tapas essentially meaning that it was impossible to tell what was a main course, what was a starter and when the dishes would arrive. The staff, young and inexperienced, dashed from one calamity to the next - finally presenting me with a blank sheet of paper to sign when the till crashed.

And so our trip ended on something of an odd note - a fine week of travel, of old haunts revisited and new ones discovered - but with something of a flat last day dealing with the hotel. At the very least we came away with a stock of anecdotes, and the room was truly very comfortable. We've been exceptionally lucky on our trips so this is to be perhaps marked up as a minor irritation and an opportunity to vent on Tripadvisor. We head into the new year, and hopefully new travels, thankful for this all too brief interlude. For a few days at least, when I close my eyes to sleep I see the white lines of the road stretching ahead. I always dreamed of road trips as a child, imagining cruising the idiosyncrasies of the British Motorway System. I'm finally getting to do just that.

There are a few pictures from the trip here.