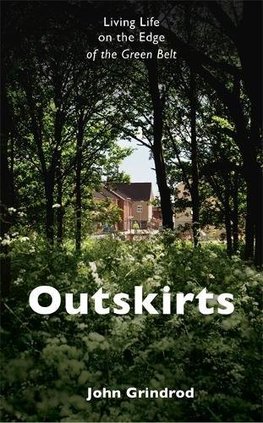 The second half of the twentieth century was a rather remarkable time in Britain. All of the assumptions about town and country, the way of life which went on in each, and the kind of people who inhabited them were somewhat up-for-grabs for the first time since the Industrial Revolution. It was also a surprisingly exciting time for planners and architects, professions who rarely enter the general public discourse except when they do something very wrong indeed. The massive destruction of city centres in the second world war, coupled with a municipal spirit which genuinely sought to improve conditions for the vast populations still effectively living in Victorian slums meant new responses to how people were housed and how their needs were met. In fact, for perhaps the first time since the pioneering efforts of industrialists like Titus Salt or Lord Leverhulme, the concept of placemaking - creating spaces deliberately to be inhabited - became a preoccupation for local and national government alike. In his second book broadly focusing on this period, John Grindrod has used one of the 'big ideas' of the era as a lens through which to view this period. Was this a golden age realised, or good intentions squandered? Through the course of Grindrod's own connection with the green belt around London he tries to determine the outcome.

John Grindrod did most of his growing up on the very edge of New Addington, where urban Croydon finally stops trying, and Surrey begins. He describes this edgeland world in fond but honest detail throughout Outskirts as he traces the thread of the idea of a green belt - initially around the ominously expanding fringe of post-war London. On his journey, Grindrod examines the origins of the idea in the Garden City movement who proposed the rigorous management of space and density within their tightly zoned new communities, and attempts to untangle the politics of planning for the swathes of unused and unusable land around our cities. One of his early discoveries, and a persistent theme throughout the book, is the lack of greenery in the green belt - while his own upbringing on the edge of the downs was relatively bucolic, the green belt elsewhere contains the kind of edgeland industries, waste management facilities and abandoned land which is probably depressingly familiar to drivers everywhere - and which not coincidentally fill the photo galleries of this blog! It soon appears that in fact, virtually anything can be built in the green belt once the requisite hoops have been jumped through - except housing. But of all the pervasive, permitted development which Grindrod finds, it is the golf course which is most prevalent. These cartoonishly green swathes of primped grass and fluttering flags litter the edges of our cities, destroying the very ancient countryside which the zones would seem to be designed to protect. Of all the promises of Class War which the late 1970s seemed pregnant with, it seems it's the war of the golfing versus non-golfing middle classes which is playing out even now on the edgelands!

And this leads to another revelation for Grindrod - that the green belt has very little to do with protecting the countryside, and everything to do with protecting life in the city. The designated swathes of space, by the 1960s enveloping many English towns and cities, aimed to check the growth of the towns and to preserve the distinct identities of places which otherwise threatened to merge. The green belt was also where the overspill towns would be placed - those new towns which would house the displaced from the rezoned and yet-to-be revitalised city centres. These towns were rarely entirely new - often co-opting existing communities like Old Harlow or the villages around what is now Milton Keynes - but their position squarely within the belt allowed total control over their growth, their zoning and their density. I grew up amidst one of the later phases of the New Towns programme - in Redditch, Worcestershire - which suffered greatly when the programme was finally cancelled in the 1970s before much of the work was complete. Among the gravel-covered empty lots redesignated as pay-and-display carparks, one redeeming feature of the plan was the swathe of greenery which one needed to cross to get to Birmingham. From my earliest interest in maps and roads, I understood that the town and the city were never to meet.

This could all be another dry examination of the successes and mishits of planning policy but for two things: firstly, John Grindrod writes with a wit and clarity which turns a wander through the wooded edges of Croydon into a minor epic, and a trek through the history of planning into a historical romance. His tackling of the social and political themes from which the green belt arises are sensitive and give appropriate credence to the tenor of the times. We'd never accept such paternalistic interference nowadays of course, in this post-expert era of history - but Grindrod manages to put us back in the shoes of those principled and ambitious post-war planners who really wanted to create a new Britain from the ashes. Secondly, the story is riven by an autobiographical strand which describes a family life that many of us who grew up at that time will recognise - the social engagements, the attitudes and expectations, and the pressures of being young and different were certainly not lost on me. The relationship of family, place and policy somehow came to a head in those years during the 60s and 70s when anything seemed possible despite only having four TV channels and living miles from anywhere.

Outskirts manages to be a funny, affectingly personal history of life in a particular setting at a particular time, whilst successfully unravelling the decisions and policies which created that way of living. Once again, John Grindrod has chosen a topic which for many would seem unsympathetic and without interest, and turned it into a rather joyous book.