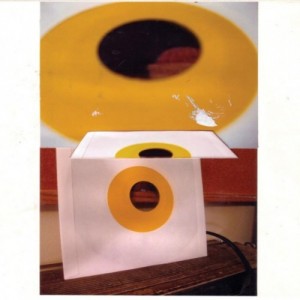 It's strange to be sitting here, in 2012, reviewing a Guided By Voices record - and it brings back all kinds of memories for me. To begin at the beginning, there's no reason that anyone reading should remember Revolver Records in Bristol. The shop was tucked away in a doorway which led to a long passageway adorned with gig posters, into a cramped windowless room. The room was full of treasures - and presided over by the man with the loudest voice in Bristol, booming out his disdain for music which didn't cut the mustard, or yelling praise for his latest and usually most experimentally unlistenable discoveries. It was here I first discovered GBV, clutching my copy of "Vampire on Titus" on the train home and not quite knowing what to expect. Then, almost ten years later and just before the turn of the century I'm stalking around Bristol again, but in a mess. My life as I'd planned it is collapsing around my ears, and my uncle and I - and he's hardly a lover of cutting edge music - find ourselves in the Fleece and Firkin drunkenly watching GBV. Robert Pollard is smoking, slugging beer and high-kicking from the stage, the songs last mere seconds each, the band just keep playing - loud and messy but drifting occasionally into focus. It's the perfect distraction from the chaos of real life. My uncle yells in my ear: "he's almost like a proper rock star".

So, just over twelve years after that fateful evening and nearly twenty years since GBV first pricked my consciousness, we have "Let's Go Eat The Factory". I confess I was a little apprehensive about making the purchase - just like I was when the shouty man at Revolver tried to make me do so all those years back. I'd not been a good fan - as the number of GBV releases multiplied and with a soap-opera of line-up changes, quality inevitably dipped and I'd lost track. Like all the best soaps it was possible to dip out for a number of releases and to return to find not much had changed. But I still found myself returning to the churning noise and buried tunes of those early purchases because, frankly, no-one quite did it like GBV on form. This release is marketed as being recorded by the "classic line-up", which refers to that 1993-1996 or so collision of Pollard, Tobin Sprout, Kevin Fennell, Greg Demos and Mitch Mitchell. A collective of musicians content not to let technology or fidelity stand in the way of a wonderful tune - and one which had a thorough grounding in the pop and rock of the sixties and seventies rather than an education in the 90's indie-rock scene with all its attendant posturing and eclectic referencing. Listen to the output of this GBV line up and you'll find T Rex in the crunchy guitar riffs, John Lennon in the surreal but downtrodden lyrical preoccupations and a vocal delivery which often pays tribute to David Bowie.

Perhaps the most reassuring element of any reunion is not how many of those original features which once hooked you in survive, but how real and unforced they feel when delivered twenty years later? I'm overjoyed to say that "Let's Go Eat The Factory" in all its ramshackle, chaotic glory, retains all of the incoherent brilliance which "Vampite on Titus" provided all those years back. It's just as inconsistent, frustratingly patchy but ultimately gloriously experimental as those early 90s records. There are cuts which deliver straight out, medium-fidelity garage rock - but with Pollard's cynical, nasally Bowie-like croon overlaid they become tiny epics with nonsense lyrics, "The Unsinkable Fats Domino" and "Chocolate Boy" being perfect examples. Elsewhere they stray into the more experimental territory which has always confounded and amused, with "Old Bones" being an oddly Caledonian effort which shares a buried melody with "Auld Lang Syne" delivered on a cheap keyboard. There are also further deliciously odd synth-pop treats such as "Hang Mr. Kite" which adds an unexpected layer of strings to the reverb laden vocals. Only on "Doughnut for a Snowman" do we get hints of the later-period Rik Ocasek moderated, radio friendly GBV which never quite delivered. It's a curiously gentle ballad, with an impenetrable lyric which is delivered with genuine feeling nonetheless. Compressed into a couple of minutes and shorn of any attempts at production, its a shimmery pop delight which makes you realise why they might once have thought a radio-friendly GBV could have worked. There are also a couple of acoustic tracks here, the like of which both Pollard and Sprout both toyed with in their more obscure solo efforts. These are fragmentary, brief and tantalising with "The Room Taking Shape" clocking in at under 45 seconds, tailing off just as it starts to get interesting. The only track to break the three minute barrier is "We Won't Apologise for the Human Race" which closes the album in strangely pensive style. By GBV standards it's an epic, with chugging glam rock guitars and stabs of strings which burst into an anthemic garage rock chorus. The relatively extended length is provided by a minute of so of squalling, tangling guitar fuzz.

The question I've seen raised repeatedly by reviewers elsewhere, who've had the benefit of advance hearing of "Let's Go Eat The Factory" is whether these 21 sprawlingly unrelated tracks really make an album? With few of them exceeding 180 seconds in length and many of them tailing off into oblivion early with a click of the portastudio, the album shifts along at a curiously stuttering pace I'd agree. However, it was always thus - and a listen to any of those "classic line-up" era records will deliver a similarly uneven, sometimes disconcerting experience. This is the great joy of this type of recording - the experiment is captured and delivered to the listener pretty much unmoderated. Sometimes it doesn't work, but on other occasions GBV seemingly accidentally capture a classic pop song buried in the murky recording. This approach isn't for everyone, but in my case it's probably one of the reasons I got involved in making music, and certainly relates to my decision to write about it all these years later.

With some of the reunion dates cancelled and the band reportedly on the verge of dissolving again, it's worth remembering that this line-up was never far from complete implosion. Conversely, there is more positive talk of another album in the can and more material to follow, and this work ethic always set GBV apart from the slacker mentality of the scene which they found fame within. Perhaps the trick is not to look at this as a reunion album, and to expose it to all the intense scrutiny and criticism that inevitably brings, but to consider GBV as something which has drifted in and out of existence for almost 30 years now, and shows no signs of disappearing while that 'almost proper' rock star in Pollard continues to stalk the stage. This line-up though, captures the sense of unbridled energy and no-stone-unturned inventiveness better than most, and as a result "Let's Go Eat The Factory" is full of tiny masterpieces.

"Let's Go Eat The Factory" is available now from all good record retailers on both vinyl and CD. You can also download via iTunes. A video of the band's recent performance of "The Unsinkable Fats Domino" on Letterman is also pretty essential viewing.