Pop music - it's probably what got us all here, where we're likely listening to music we almost certainly regard as very different to those first, embarrassing purchases we made. But pop music in the sense of 'what's in the charts' is becoming a decreasingly relevant, advertising-led tie-in to the latest film or TV franchise, while the more 'adult' focused end of the music industry disappears into a gloomy zone where soundtracking 'goal of the month' or the winning moment in Masterchef is a bands crowning glory. Here then are a brace of EPs which have recently appeared which provide two different takes on intelligent, carefully built pop songs - pretty different in approach, but both making an effort to squeeze as much thought and as many ideas into the songs as possible. Mercifully for all concerned, I don't either will claim the "as seen on TV" badge any time soon, but both are worthy of your attention. 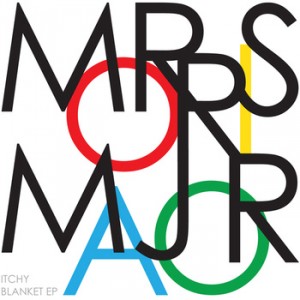 This arrived in my inbox completely by surprise and has captured a mood here at Songs Heard on Fast Trains. Morris Major, an Edinburgh-based four-piece, is the outlet for the songwriting talents of Matthew Harrison. And despite being a fairly straightforward proposition musically, it's those cleverly constructed tunes which lift this head and shoulders about others ploughing a similar furrow. An appealing tangle of guitars heralds "In Amongst My Ideas" which captures that fear which generations of creatives have suffered: "I never seem to think of anything which sounds original". There is, it's fair to say, a bit of potential middle-aged angst going on here, as the frustrations of a part time musician are explored. There's never enough time - and wouldn't it be great to wind the clock back a little, but retain all the wisdom and experience? Is music a youngsters game? Well certainly not if this slice of moderately twee, clanking, deft and clever pop music is anything to go by.

Some swish, 1950s arpeggios tinkle among the neatly tapped rhythms of "Seymour Grove", supporting a heartfelt, openly emotive cry of a vocal. as a lyricist Harrison clearly has the ability to tell a story in little tightly-packed snippets of lyrical cleverness. These songs hark back to a time when popstars were heroes, and it wears it's own icons on its sleeve clearly - with little references to The Smiths, The Go-Betweens or even maybe The Violent Femmes evident too. We're back in familiar territory as Harrison intones "My mind is worried about what my age is" on "Youth In My Heart", which is otherwise an effervescent track brimming with redemptive enthusiasm and vitality.

"Itchy Blanket" is a curious EP of likeably timeless pop which seem obsessed by the passing of time and it's effects. With it's simple but perfectly executed tunes and thoughtful songs, it suggests that Morris Major could have a huge amount more to offer before long. It's a free download from Bandcamp too, so there's really no excuse not to have a listen to this.


Morris Major - In Amongst My Ideas

Bottle of Evil - Inside Looking Out 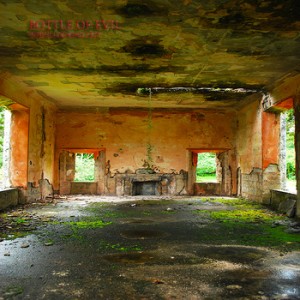 Bottle of Evil are one of those outfits which have hovered on the edge of my consciousness for a while. Heard on podcasts and mentioned in dispatches, for whatever reason it's taken me a while to get around to a proper listen to the work of Derek Bates and Steven McGilvary until the release of this new EP prompted further investigation. "The Boatman" begins, and indeed ends as a disarmingly simple folky ballad, morphing somewhere mid-song into a shimmering, psychadelic pop sprawl. "I Can See Your Face" is a harder-edged proposition, tripping in on echoing drums and a burst of satisfyingly shoegazey noise which echoes Bates' previous work in Genaro. The drifting, dislocated vocal suits the tone perfectly. It's like the best of 1990s indie colliding with gentle acoustic pop, which is a far more appealing proposition than I make it sound, I promise! After a final, explosive chorus the temptation to go for the hackneyed 'big' ending is resisted with a gentle, sparkling fade to silence.

Next, "Move On" is a shuffling, reverb heavy slice of gorgeously shifting pop - and thus becomes perhaps my current favourite on the EP, with it's little hints at a Galaxie 500 sound buried in there somewhere. The rumble of fuzzy bass, the chiming lead guitar and the whisper of multi-tracked vocals all adding up to a delicate soundscape. Finally - and by complete contrast - "Collider" kicks off as a triumphantly fuzzed up surf instrumental, which mutates into proper old-school metal soloing. It's absurd twists, turns and shifts of tempo as it rocks out are hilarious but enjoyably well-executed. It just serves to illustrate the fact that these guys are incredibly talented musicians, who have found in this set-up the freedom to explore and enjoy their craft.

"Inside Looking Out" is a little more focused and maybe a little less consciously ambient and electronic than their self-titled debut LP which I've gone back to with a vengeance after hearing this. This EP manages to cover more ground, and touch on more potential future directions than most bands manage in a full-length recording. It can be downloaded from Bandcamp for as little as Â£2.


Bottle of Evil - Move On