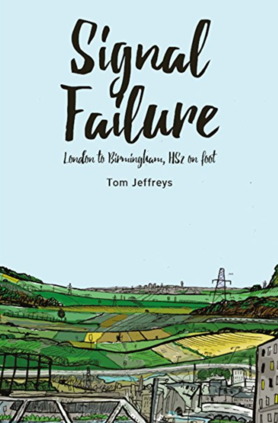 Somewhere in the chaos and confusion of elections, referenda, terrorist attacks and transatlantic tumult in the last several years, HS2 has all but disappeared from the debate. This emblem of a modern Britain dragging itself towards the future was to scythe across green and pleasant England, linking London and Birmingham in hitherto unimaginably short journey times. Despite being a tiny country, we would finally reap the benefits of High Speed rail as a way of linking the metropolis of London with first the rapidly gentrifying Midlands, then the Northern Powerhouse. Eventually, it might even reach Scotland - still in the political sin bin for daring to dream of independence. For a long time, HS2 dominated debate - and in an odd precursor of Brexit it wasn't entirely cut along party political lines either. An MPs proximity to the line or its potential termini was a far better predictor of their view than rosette colour. The massive task of taking a project like HS2 through public enquiries, select committees and detailed planning hearings began in earnest and as the detail came into mind-numbing focus, the big picture disappeared entirely. The hearings and enquiries were utterly public and transparent processes, but the cloak of technical complexity is always much more effective than outright secrecy. Objectors became well-versed in environmental impact assessment, cost benefit analysis and property law while the rest of us just had to decide if it all sounded like a 'good idea'. I confess I was broadly in favour at the outset: I love trains, I'm a committed user of public transport, and I enjoy seeing technology advance. But the zones through which the line would pass, once it left Greater London in particular were a near blank for me. It was easy to dismiss as cartographic whitespace.

Finding an urge to colour in these gaps, Tom Jeffreys achieves something quite remarkable in Signal Failure: bringing the massive complexity of HS2 back to a human scale. He sets out to walk the route, scribed in lurid highlighter strokes across Ordnance Survey maps as a not-entirely-inaccurate approximation of how the line's critics imagine the line was planned. It should take him ten days, involve some camping out in the wild and bring him into contact with all kinds of characters who sit on the frontline of the debate along the way. It ends up being a far more complex proposition which examines the very nature of walking itself before Jeffreys finally reaches the Bull Ring.

Jeffreys is by trade a writer on art, and brings with him from that world two absolute gifts: an eye for beautiful descriptive detail which makes the waste incinerator at Calvert sound a sublime almost-equal to any view across the Chilterns, and genuine erudition which underpins his writing with detail and research. This is a surprisingly hefty book, and in the early passages where the nature of walking writers - and writing walkers - is examined, I started to feel concerned that this had backed things into a niche. However, these reflective essays are punctured by reality - errant horses, the hardships of camping, the treacherous nature of industrial cartography - which anchors them in a quest. A quest which Jeffreys self-deprecatingly feels he ultimately fails to achieve - but in unravelling the journey he introduces people who's experiences take HS2 from a conceptual diagram towards a future reality. There are the couple who didn't realise how desperate and suicidal the prospect of the line made each of them feel until they were interviewed on camera together, there is a naturalist who stands to see preciously guarded habitat riven by rails, and there is a cheesemaker who has been through this before: embracing change, diversifying to survive, revisiting the business model. Jeffreys' encounters with the wider public are perhaps more like my own when walking: suspicious, confused, somehow irritated that someone is stepping outside the normal boundaries. The walking writer is a figure of deep apprehension these days, and sometimes perhaps deservedly so.

Throughout the book, Jeffreys wonders about what he is writing - glancing off psychogeography but landing squarely between travel and nature writing on the shelf. The debate that squirms at the core of the book about nature, wilderness and human intervention finds its feet in the examination of these genre politics and I found myself genuinely intrigued by the history of older, extremely white men batting the future of the planet back and forth at length. It's important to remember to that these are, in principle at least, the people who agree we should act swiftly to save the planet! For his own part Jeffreys is, rather like me, not the kind of person who can name our flora or fauna, or who knows what's good to eat and what will kill you out there in the wilds - but his engagement with the kind of spaces we all experience, every day is challenging and inspiring.

Signal Failure is an impressive achievement - taking the walk and exploring not just the landscape and its people, but the theoretical underpinnings of grand projects like HS2 and their human and natural impact - but in a way which places us in a landscape from which we don't fully understand what we'll lose.