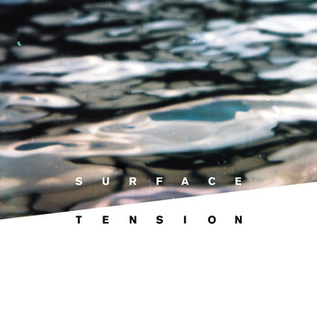 Anyone who has even scanned in passing posts on this site alongside those on my old music blog will know that the past few years have been marked by two key obsessions... the tide of inventive and surprising music emanating from Scotland, and a ponderous but passionate exploration of the Lower Lea Valley. Anyone who has ever met me in person will equally be either amazed or utterly bored by my ability to flit between these subjects with equal fervour. So it seems impossible - or at least absurd - that these things should ever converge in any way. That's why I ended up writing in two separate places. And I suspet that's also why not too many people read what I write in either of them.

So it was both surprising and oddly validating to find this project. Surface Tension was commissioned by the organisation Thames 21 as part of their 'Love the Lea' campaign, and aimed to create a 'sound-map' of the river and its environs. Starting in Cheshunt, soundings were taken in the vast swathe of green that envelopes the river's manifold channels and diversions as it winds from its source to the Thames. As the river heads deep into the suburbs, and ultimately into the contested zone which I've spent my time exploring, various methods of expressing its presence were tried and tested: hydrophones dangled into Bow Creek, river water used to expose photographs, tape loops marinated in the chemical-rich effluent. Diversions were followed - Pymmes Brook and the various navigation channels explored - and the life of the river recorded. From the sound of Overground trains shuddering over low viaducts to football matches on the vast expanse of Hackney Marsh, the acoustic footprint of the river and those drawn into its presence in was catalogued and preserved.

When I first read about the project I was perhaps a little sceptical. Arts funding is ever more scarce, and it's hard to see how projects like this will become part of a permanent folklore beyond a funder's annual report. But then I spotted who was involved. Rob St. John is an Edinburgh-based musician who produced one of the most atmospheric, impressive and expansive records of the last several years in 'Weald'. One of the most intriguing abilities St. John displays in his work is how he connects music with place - the list of location-specific projects he has been involved in bears further exploration for sure - from the folksong of remote islands to the sounds of narrow Lancashire passageways. The idea of this strange link between music I've loved and a place I've reluctantly been drawn to explore so comprehensively felt just a little unlikely at first. How could this all link up so neatly?

But the end product is beautiful and oddly-hypnotic. A thirty minute trip along the river, set against a soundtrack of rare beauty. Flecks of guitar twine around loops of tape. Fragments of conversation and yelled football strategies disappear behind traffic and clattering trains. Pulses of electronica shift in and out of the frame. St. John's connections with Meursault and a range of other Scottish acts are exploited too - with Pete Harvey's cello and piano work slipping in during quieter passages - the river's ebb and flow of chaos and peace, purity and pollution marked by changes in the score. Quite apart from anything else, this is a beautiful piece of music which unravels its secrets with repeated listens. By turns relaxing and oddly edgy, it mimics the feel of a walk along the lower reaches of the Lea surprisingly accurately. While the composition - along with an impressive book designed by FOUND's Tommy Perman - sits as a remarkably coherent and enduring artefact of the project, intriguingly the project website retains all of the pieces of the assemblage as they were recorded - snatches of audio, photographs, maps and snippets of disjointed text. With these it's possible to reconfigure your own journey's along or across the river, to reassemble them to reflect a different experience of the curious and varied life of this remarkable and enduring waterway.

You can purchase the CD and book or digital download at Bandcamp, and you can find out more about the project including hearing the original sound recordings via a 'sound-map' of the River Lea at the Surface Tension website.