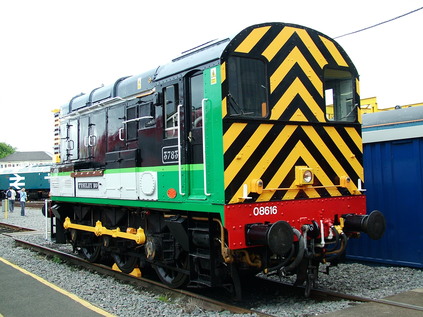 The third and last in a month of Open Days and Galas which has seen some interesting new locations visited and many obscure and exotic engines sighted and photographed. What perhaps surprises me most is that I never get tired of tramping around, twisting my ankle on ballast and fighting for photographic positions at these events. The same old faces crop up, some welcome and some not, and all in all a good time is had. So despite another ridiculously early start and some frankly irritating twittering for much of the journey, I was happy to be heading for Tyseley - a site seen from the Paddington-Birmingham line many times but never visited. The occasion was the 100th Annivesary of the former Great Western Railway depot on this site, and part of the attraction was that as well as a museum the site remains an active depot - now serving the new London Midland franchise. So an easy journey up, a swift dash over to Moor Street and brief ride on one of the local services stopping specially at Tyseley today brought us to the queue with half an hour before opening time.

The rather compact museum site was packed with history - and a small, but notable criticism was the lack of room for manoeuvre in the site at times. Steam locomotives reflecting the depot's past role ranged around the turntable, and spent much of the day rotating and then working the short shuttle service up and down the depot site for a crowd made up of families and enthusiasts alike. Beyond the turntable, in the London Midland depot a number of locomotives and units were spread around with plenty of room for photography. These included, still on the back of it's low-loader, 139001 - the first of the Parry Peoplemover cars which will soon work the Stourbridge Junction to Town service, replacing the Class 153s which currently work the 'Town Car'. At eleven sharp, a crowd gathered near the workshops to witness the naming of depot shunter 08616 as 'Tyseley 100'. 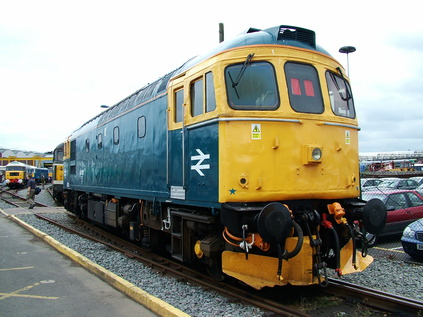 33202 lurks at the back of the London Midland depot

A quick look around the shed, with various flavours of Class 170 including the recently refurbished 170397 with it's rather classy looking new interior which hopefully reflects the shape of things to come for the whole Crosscountry fleet. Also in the yard were a number of preserved and privately owned locomotives which receive overhaul and attention at the Tyseley site - including a brace of Class 33s and the sparkling Electric Blue 86259, with it's namesake BRMB disc-jockey Les Ross on hand to talk about the loco and serve as a compere for the naming ceremonies. The second of these saw former 47732 renamed and renumbered to one of it's former identities: 47580 'County of Essex'. The locomotive was positively shining, in Stratford Depot's trademark variation on large-logo livery, complete with cockney sparrow beneath the nameplate. A fine piece of work and testament to the skills of those at Tyseley depot along with the Stratford Group. I hope the aim of getting this locomotive back onto the mainline is achieved very soon. 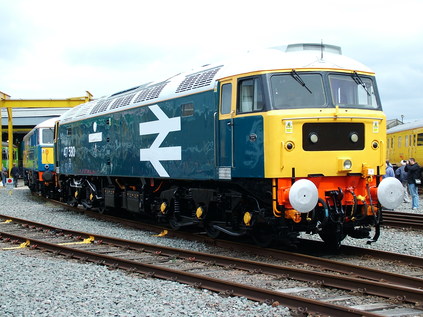 After a bite to eat and a final wander around the site which was now busy with locals and visitors from further afield like ourselves, decided to head for the station and join the large group of enthusiasts chatting and watching the trains in the now fairly strong afternoon sunshine. Spent a happy couple of hours watching freight workings, and the Wrexham and Shropshire movements heading through the station. Following departure of the final planned freight for the day, set off back to Birmingham on another of the additional services. Despite a delayed Voyager back to Weston, made the connection with a local unit and found my way to the end of the platform at Highbridge in good time to watch 55022 thunder by hauling 'The Cornish Explorer' in rather overcast conditions before heading for the pub to celebrate! 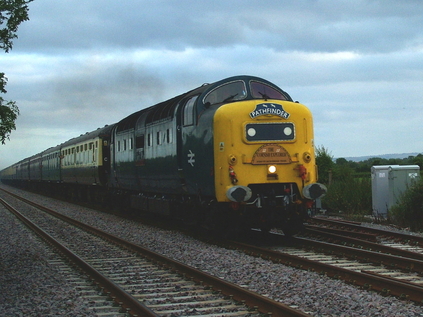 A fine day out and another positive day for the railway, as much cash will have been raised for charity by the event. In a summer with few railtours of note (at least for me) these galas and open days have provided excellent entertainment. Long may they continue.