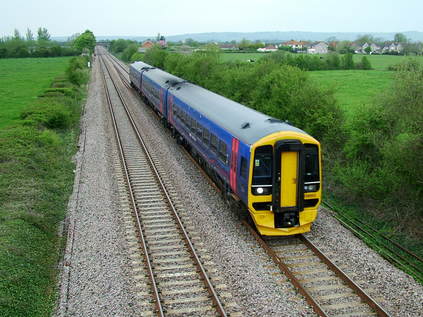 Despite a tiring day and a late night, I was up and about early enough to visit my folks then head out with my nephew and brother-in-law to see the Duke of Gloucester pass by on a charter. As we were all heading out in the car, plumped for Crooked Lane which would certainly give an interesting photographic location. It soon became apparent that all was not well, and messages from up the line were not positive - as it looked like a diesel locomotive might haul the train, the small crowd of onlookers departed. We stayed, with nothing to lose and my nephew enjoying his time out, watching local trains and HSTs pass under the bridge.

Out patience was finally rewarded around an hour later when a light in the distance and a small plume of smoke heralded the appearance of the Duke. In apparently light steam, and the diesel pushing quite a bit tucked inside the train, it sped by saving it's whistles for Springfield Road. 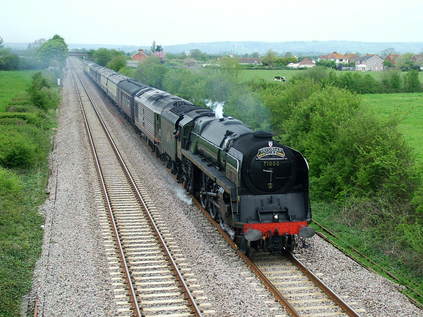 Really good to pass an hour or so with my nephew just watching trains go by, something I rarely end up doing these days!