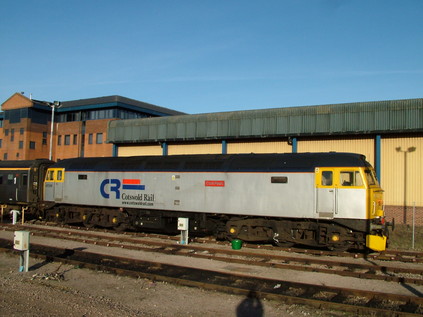 It was meant to be simple. I needed to buy a final Christmas present. Thinking about a town with an easy to navigate shopping area which might not be too impossibly crowded, Gloucester seemed like a possibility. I've always found it easy to get around quickly there, and whilst no doubt it would be busy - it might just be a little less daunting than Bristol or Birmingham. So, set off on the 09:37 from Highbridge. I'd noted that everything from Bristol to the Midlands was diverted via Newport, so I expected a first journey via Lydney on a Voyager.

After a dash over to Platform 3 at Temple Meads, I was surprised to see a Voyager apparently coming from Plymouth arriving empty from the London end of the station. Got on board and settled into a free seat in the quiet coach. Heard something arriving behind us on Platform 4. Thought little of it. Then all hell broke loose! It seems the five-carriage set behind us had been declared a failure, and we were on the replacement stock. So, for starters we had five carriages of people squishing into four. To complicate matters a member of staff had said people should take up their reserved seats from the previous set on the replacement - but there were no reservations showing. Actual physical violence ensued! Things got even uglier when the reservations finally appeared and some people still steadfastly refused to move. I was threatened by one angry, foul-tempered old fool, despite being in a pair of seats which now had a scrolling 'This seat is not reserved' legend above them! The visibly distressed young woman seated beside me and I both decided to bail at Newport to get the next Central Trains service. I know these things are frustrating, but the atmosphere on this train was unpleasant, volatile and generally just plain stupid.

After a cup of tea and a cold wait in the winter sun at Newport, had a nice run along the Severn in a quieter and far safer 170. Arrived in Gloucester later than planned, but in one piece, to find Cotswold's 47316 'Cam Peak' stabled near the station. Wandered into town, found a suitable gift surprisingly quickly, and made it back to the station in time for the next down Voyager which I hoped would be doubled-up and quieter. No such luck - a stuffed 220 left without me. More tea, and a chance to photograph the 47.

A busy hour at Gloucester saw three passing freights and a bunch of passenger workings. The weather stayed amazingly clear and the sunshine started to warm the bones a little. Spotted a very unusual sight in the distance beyond the level crossing, and headed for the footbridge to watch 20905 and 20096 approaching from Cheltenham, having taken some stock to Long Marston I understand. Both locomotives were in immaculate condition, and even the driver couldn't resist taking a picture himself before leaving. Tricky to get a good shot due to the shadows cast by signal gantries in the low Winter sun. Good to see this pair of locos in such fine condition however. 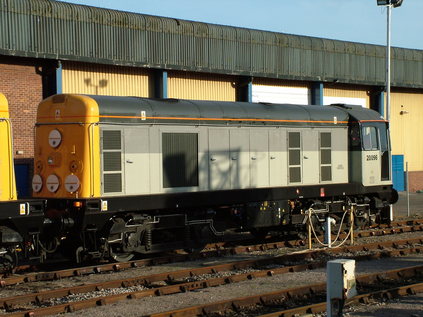 20096 soon after arriving at Gloucester 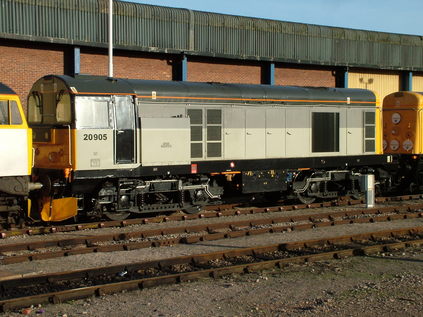 20905 on loan from HNRC to Cotswold Rail

The 14:10 Voyager was happily a pair, and was a little quieter at least until Newport where things got busier. Quick running to Bristol where I had time for coffee before catching the 16:25 back home. Noted the incoming working from Severn Beach was late and getting later. After a growing crowd of us had switched to Platform 4 and a further 25 minute wait, 158859 trundled in decked in Christmas decorations and with Santa onboard - its destination indicator reading 'Special'. We waited a few more minutes for the 'elves' to clear things up before leaving. A surprisingly interesting day, considering I only set out to go shopping.