One miserable November day, I decided to take some pictures along the route of the A3033, a route which used to begin right outside my front door. Since the new road from the M5 to Weston-super-Mare much has changed, and with it went some fine pre-Worboys signage. These old signs were practically the only mention of this short (approx 1.2 mile) road in Weston.

The A3033 began life as the B3127 (at least, this is it's designation in my 1962 Geographer's Atlas). The A3033 used to begin on the A370 where Locking Road met Ashcombe Road, and provided a shortcut across Weston, or a route to the seafront avoiding the Town Centre. However, when the A370 was downgraded to the B3440 and the new D2 A370 from M5 Junction 21 to Weston was opened, all that changed... 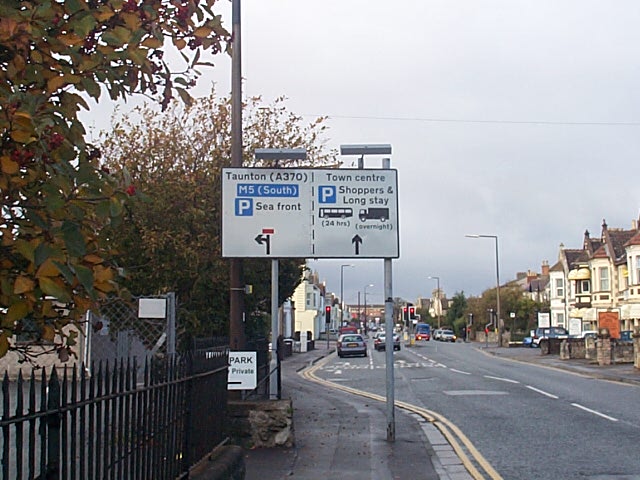 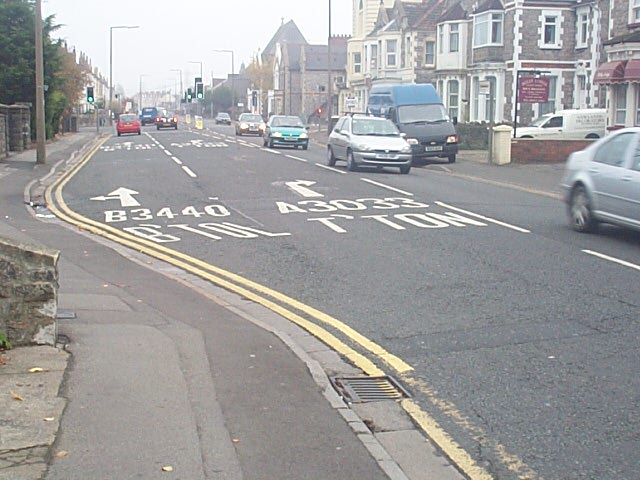 Looking east (opposite to above picture). The only mention you'll find in Weston of the A3033 is in road markings at this junction. 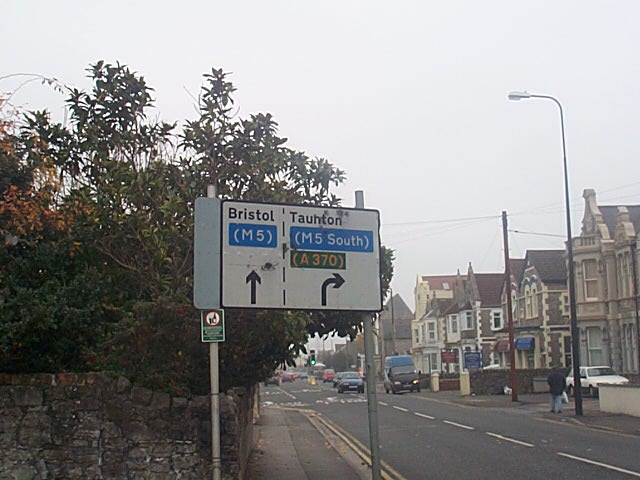 For the sake of completeness, the signage approaching from the east. 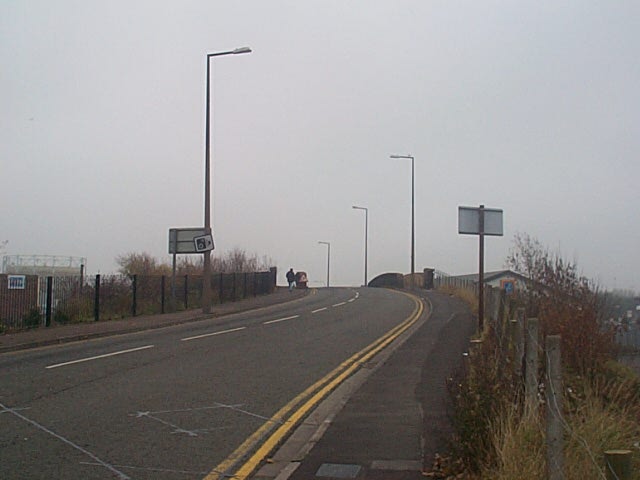 After leaving the B3440, the A3033 bridges the railway loop line to Weston here on Drove Road. 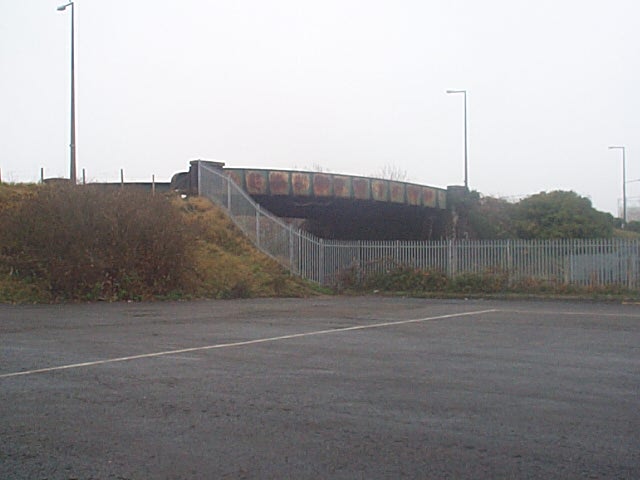 A view of the rather dilapidated Drove Road railway bridge.

At the southern end of the bridge the ex-A3033 (now a spur of the B3440) meets the new A370. Note that most modern maps indicate that the A370 is a Primary Route between here and the M5 - not indicated by the signage. 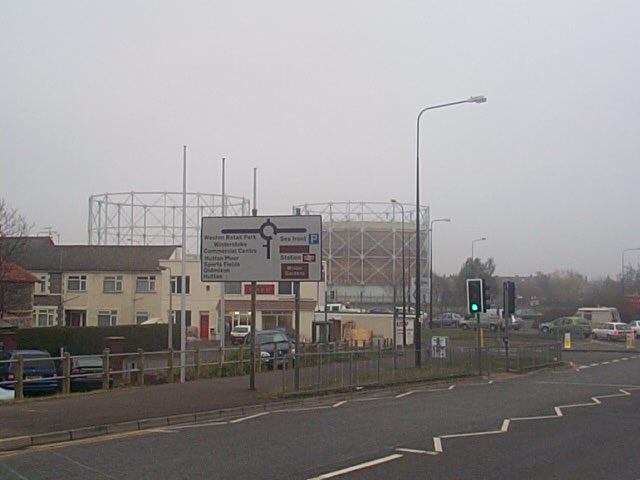 The local roundabout sign - acknowledges the route into Weston, and covered in brown patches! 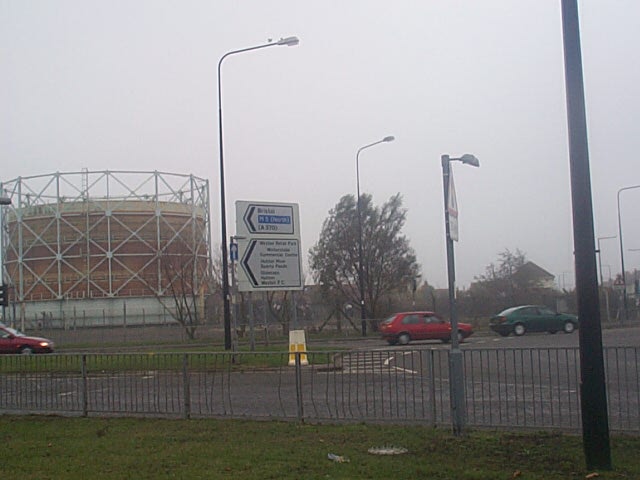 Interesting. Direction signs pointing east onto (A370), despite this being the A370 proper. In need of renewal perhaps? 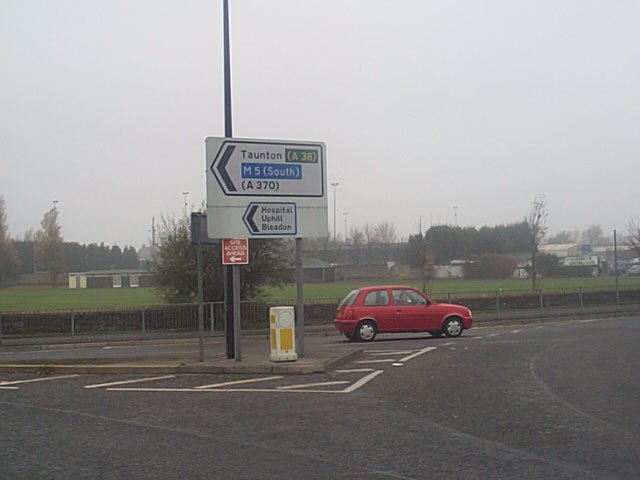 Heading onto the remainder of the A3033. Again, no mention on the signage. Here the A3033 is a quiet, suburban road. Not much action! 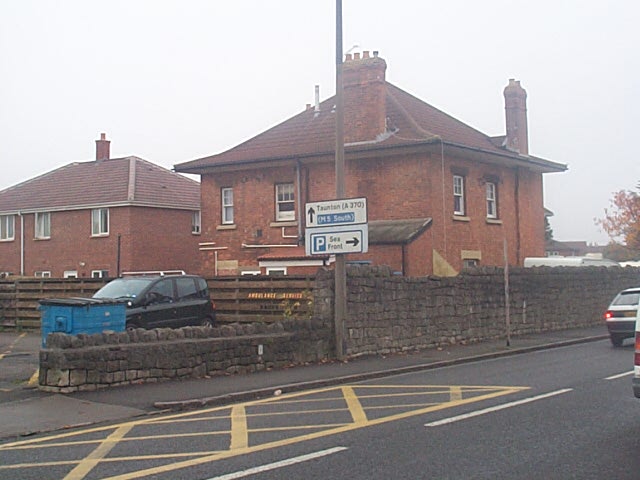 Here, Brighton Road leaves Drove Road for the Sea Front. Prior to the opening of Hildesheim Bridge, most beach traffic was directed this way, to the woefully inadequate seafront car park. 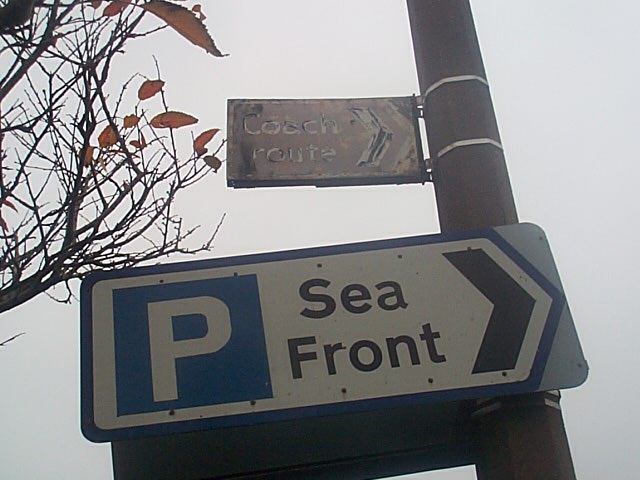 Another pointer to the old route towards the beach is this hand-painted addition to a street name sign. The A3033 crosses the railway loop line again at a sharp angle, resulting in a rather nasty junction at each end. Here we look back north to the Bournville Road junction. Despite its A-road status, the A3033 is plagued throughout its length with on-street parking (sometimes on both sides!). This inhibits the often heavy flow of traffic, and makes life difficult for public service vehicle drivers. 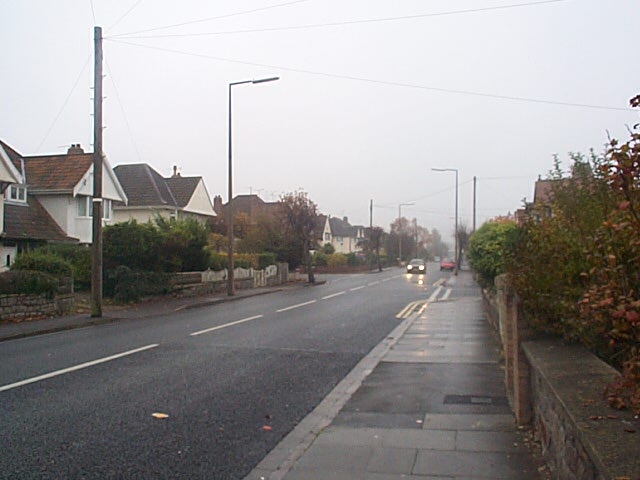 Further south again, the A3033 turns into a relatively quiet tree-lined avenue. A view south towards Broadoak School. The end of the A3033 as Devonshire Road meets Windwhistle Road (A370). Direction signs facing the junction. Interestingly, the A370 has become a Primary Route in both directions from here, though recent maps don't indicate this at all.