Another Year in Songs Heard on Fast Trains 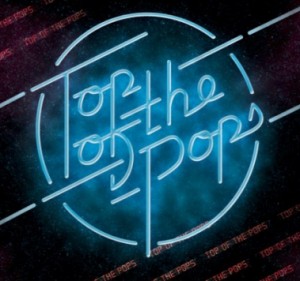 Around this time of year, it's going to be hard to peruse any blog without bumping into an 'end of year list'. I'm undecided on their value in some ways - they are naturally pretty subjective and limited by individual bloggers' tastes and attitudes. It's also going to end up a summary of the content of the blog over the past twelve months if, like me, you write fairly exclusively about music you find interesting or inspiring. Then there are the rules - what qualifies, what doesn't - a veritable trainspotter's delight of technicalities, sub-clauses and exceptions to twist their favourite releases into the framework. In short, it's a complicated and confusing time of year for the christmas party gig-addled blogger. But since the mainstream press will be full of their own backslapping efforts to appear to be defining the zeitgeist, I'm a little less concerned about this happening on blogs and podcasts. It redresses the balance a little, and reading these lists on sites with which I generally find I'm musically compatible provides an opportunity to check what I've missed. It was this sort of thing which led me to Timber Timbre and Aidan Knight in the past. If nothing else I hope that this list points someone to something they've missed and they give it a spin too. I've said it before, but this blog is after all the internet expression of yelling at your pals that you "just heard something amazing!" So what are the rules for the Songs Heard on Fast Trains list for 2011? Pretty simple, this is a list of full-length releases which I've listened to most, returned to most often and which I'll carry forward as essential listening into the new year. It's a very personal, highly skewed list I have to admit. There are some very honourable omissions, and because for the sake of my sanity the list has only twenty places, because as an arguably fairly normal human being there are things I love more than others - but this doesn't stop me loving them too. The order of the list is based on nothing more than the impact the releases have had on me - there is no science here, aside from a cursory glance at last.fm to see if my suspicions on what I've listened to most are founded in fact or fantasy. There could equally be a list for singles and EPs, gigs or other stuff - but there are still interesting records being released in 2011, so I might get distracted and write about those instead. So, without further rambling or self-justification here is the list. It's been a strange and interesting year for me, and the music below has been the soundtrack. Here's to the next one!

Some honourable mentions too, to Bill Wells & Aidan Moffat, Come on Gang!, Edward Gray, Martin John Henry, The Son(s), Happy Particles and United Fruit who made me struggle with the idea of this being a Top 25, or even a Top 30. No doubt these artists will be appearing in lists everywhere - and maybe here in the near future too.
Movebook Link